Ryan Duffy brings a wealth of knowledge and over two decades of experience in hospitality to his role at Linville Ridge. Inspired by his father’s work as a private club chef, he has been working in the industry since he was a teenager. Ryan earned his Bachelor of Science in hospitality management at California State Polytechnic University and has worked at some of the most prestigious private clubs in the country.

Before transitioning to Linville Ridge, Ryan was the clubhouse manager at Roaring Fork Club, a Top 100 Platinum Club, where he implemented over $1,000,000 in capital improvements and led a successful team to provide an exceptional, upscale member-focused experience. He is a Certified Club Manager, Level One Sommelier, Certified TIPS Trainer and ServSafe certified.

Originally from Sioux City, Iowa, he resides in Valle Crucis, North Carolina, with his wife Lori and two children, Quinn and Rush. An avid fitness enthusiast, Ryan enjoys exploring the outdoors, snowboarding, hiking and martial arts; he holds a black belt in Taekwondo.

Rhys-Bevan Williams (pronounced 'Reece') was in charge of the food and beverage operations at the venerable Congressional Country Club in Bethesda, Maryland for nearly 15 years. Congressional, founded by five US presidents, is one of the largest clubs on the Eastern seaboard and has hosted a US Open and six AT&T Tiger Woods' National Tournaments.

At Congressional, Rhys developed and achieved the highest standards for training, opened the Founders' Pub and successfully converted its Senate Grill to a Chophouse. Prior to his time there, he worked for Squires Steakhouses in Sun City for nine years in food and beverage and opened three restaurants for the company.

A native of South Africa, Rhys is an avid long distance runner and has participated in the NYC Marathon multiple times

Steve Sheets is a North Carolina native and has been part of The Lutgert Companies’ team since 1984. From his start as a Golf Course Superintendent at Linville Ridge, Steve has been fundamental in assisting with the growth and development of the community. Over his 43-year career, Steve held previous roles such as President of the Easter and Western North Carolina Turf Grass Association, President of Carolina’s Golf Course Superintendent Association, and served on the Turf Grass Council of North Carolina’s Board of Directors. A passionate golfer, Steve spends his spare time watching and playing the game, as well as skiing and hiking. 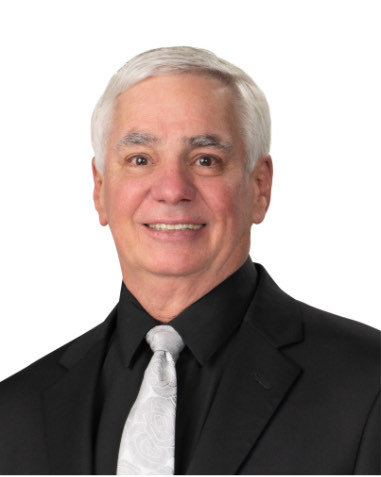 Brian Powers
Chief of Security
Born in Denver, Colorado, Brian Powers spent his early years in Texas, Florida and the Bahamas. His career began in boating and eventually captaining luxury yachts through the waters along the East Coast, the Gulf of Mexico and the Bahamas.

Many yacht owners also needed assistance with their homes and Brian’s interest in the security and comfort of those he served led him to slowly transition into managing estates in Florida, South Carolina, Colorado and more recently in Avery County. His credentials include a certificate in executive protection and security from LaSorsa & Associates as well as a USCG captain’s license.Outside of work, Brian enjoys home projects, traveling, golfing and spending quality time with his wife. They chose North Carolina to begin their next chapter nearly two decades ago and currently reside in Newland.
‍‍

‍Detroit native Denise Brown moved to Boone thirty years ago to attend Appalachian State University and has called the area home ever since. A licensed massage and bodywork therapist,Denise joined the Linville Ridge family in 2013, and has worked both full time in the Day Spa and as a subcontractor.

Impeccable organizational and customer service skills also make Denise a well-liked Club Concierge team member. She works in conjunction with our Food & Beverage team, Transportation Coordinator, Property Services and other vendors to meet all of your season and off-season needs.

An active member of the Boone Service League and the Boone Rotary Club, Denise was recognized by the Boone Area Chamber of Commerce in 2013 for her amazing customer service. A licensed North Carolina REALTOR® and general residential builder, Denise enjoys spending her free time with her family, including daughters Madison and Allison, as well as running, practicing yoga and playing golf.

Originally from Plantation, Florida, Alisa is a Florida State University graduate with a Bachelor of Science in interior design. Since graduating she has worked in the design field for 12 years and spent another 16 years in office management. Before moving to NC, Alisa worked for one of the top 25 Design Firms in South Florida – Pavlik Design Team.  She also worked for Adache Associates Architect, Design Associates of Boca Raton, Designer Ira Cohen, and Robert Allen at the Design Center of the Americas.

Alisa is a past president and current board member of the Avery County Humane Society. In her spare time, she enjoys antiques, camping, gardening and interior design.

In 2002, Heather moved to Naples, Florida to be closer to her family. She spends her time between Naples, Florida and Linville, North Carolina working as the Director of Marketing and Communications for Linville Ridge.

Heather was recognized as one of Southwest Florida’s accomplished young leaders in 2005’s 40 Under Forty by Gulfshore Business magazine and was chosen as a member of the Leadership Collier Class of 2007 which is put on by The Greater Naples Chamber of Commerce. Heather volunteers for various charitable organizations and is currently serving as a Board Member of the Naples International Film Festival and co-chairing the Angel Ball which benefits the Community School of Naples.

Natalie began her professional life at Linville Ridge as a teenager in the mid 1990’s and has been with us ever since! She held several positions in other capacities around our mountain before finding her “home” in real estate.Natalie is dedicated to Linville Ridge and to her customers, and she will always go above and beyond to insure the best outcome for all. With a deep-seated desire to serve and make people happy, Natalie strives to do her best and live with integrity. She rests at the end of each day knowing that she gave it her all. Natalie will proudly tell you that her most important job is being a devoted wife to James, and a doting mother to four wonderful boys, Jackson, Noah, Toby, and Salem.

Natalie’s customers describe her as “attentive and responsive”, “our advocate” and “a true agent.”One client added, “At every turn she said, "Yes, I can do that for you!" with a great attitude.”

Natalie’s goal as a real estate agent is to make your buying and/or selling experience as seamless, enjoyable and stress-free as it can possibly be.

Originally from Ohio, Kurt Thompson brings more than a decade of golf experience and a wealth of knowledge to his team. Before joining Linville Ridge in 2005, Kurt broke into the golf industry when invited to join the golf staff at Bighorn Country Club (Palm Desert, CA). There, he worked under Bill Harmon—son of Masters Champion Claude Harmon— who was consistently ranked as a Top 100 Instructor by Golf Digest. During the summer, Kurt worked at Grandfather Golf and Country Club in the North Carolina Mountains, under two of the most respected names in the golf industry, John McNeely and John Buczek. Later, he was invited to rejoin John McNeely at the Floridian, one of the country’s most prestigious golf clubs, where he had the privilege of working with recent winners on both the PGA and Senior PGA Tours.

Tommy Clark is a native of the country club industry, having worked in various clubs over the last 29 years. Since 1996, he has played an integral role in keeping the Linville Ridge golf course in pristine condition during the summer, and in healthy shape during the winter. A native of Morgantown, N.C., he holds an associates degree in turf management from Catawba Valley Technical Institute. He was awarded the Bayer Superintendents Awards, and is also a member of the Carolinas Golf Course Superintendents Association and the Golf Course Superintendents Association of America. Fluent in Spanish, he also enjoys weight lifting, golf, snowboarding, motorcycle riding and spending time with his family.

Jordan Vaughan is an accomplished tennis professional with a lifetime of experience on the courts. Growing up watching her father excel at his role as a director of tennis motivated her to create her own legacy within the game. Jordan was an art major at Florida Gulf Coast University, a photography major at Florida Atlantic University and has been an instructor of tennis for more than a decade.

Armed with a deep passion for the game, Jordan has accumulated a wealth of experience at some of the most renowned country clubs in Southwest Florida, as well as distinguished facilities in Los Angeles, Nantucket and Miami. Most recently, she was the director of tennis at Esplanade Golf & Country Club and Fiddler’s Creek in Naples where she established world-class tennis programs for exclusive memberships and continued to build her brand at high-end clubs. As a USPTA Elite Professional, Jordan is a knowledgeable and successful athlete whose accomplishments include being a finalist at the 2014 US Open qualifying mixed doubles and winning several international father-daughter tournaments alongside her dad.

When she is not on the court, Jordan enjoys spending time with her three dogs, hiking in the High Country and photographing the stunning scenery of Linville Ridge’s mountainscape.

David Maloof is a decorated croquet professional who has taught at Linville Ridge for the past 24 seasons. He also serves as the director of croquet at Mountain Lake in Lake Wales and will return to Florida in October for his 44th season there.

Having competed nationally for about 15 years, David has earned the National AC Rules Champion title twice and the AC Doubles Champion title twice. He also holds two National Golf Croquet Doubles Championship titles. He was been playing internationally for about a decade and has accumulated a number of accolades on the world stage, including being the runner up in the Individual AC World Championships in 2016, representing Team USA in Golf Croquet, and competing in AC Rules in New Zealand, England and the United States.

A 15-year veteran in the fitness industry, Robbie brings
several certifications to the team with a focus on sports exercises. He spends his time in helping his clients improve their golf game with isolated golf and other sports strengthening exercises, focusing on balance and core-
strengthening.
‍
Certifications: Master Personal Trainer, Sports Nutrition Specialist, Advanced Flexibility Specialist

Noelle Austin started practicing yoga at a young age with her father. She has been teaching yoga since 2009 and graduated from Lillah Shwartz’s 200 hour Yoga Wisdom Teacher Training, after taking the program twice. She is currently working towards her 500 hour Yoga Therapy certification.  Her classes are alignment based, offering modifications and plenty of detailed action language, sure to help a beginner or seasoned practitioner. She offers specialized private sessions, catered to personal needs, and loves teaching for special events. Read more about Noelle at
rejuvenatingmotion.com

Barbara was born in Endicott, New York and later attended Palm Beach State College in Florida. She currently resides in BannerElk, North Carolina. This was decided almost a decade ago when Barbara vacationed to Banner Elk and bought a house six months later.

Before joining Linville Ridge Country Club as the golf shop coordinator, Barbara worked for the Diocese of Palm Beach at St.Vincent Ferrer Catholic School for 10 years. Prior to that, she worked for IBM in Boca Raton for ten years.

Barbara is married with three sons, all of whom are active in the golf world. When she is not working, Barbara enjoys going hiking, and of course, playing a round of golf.