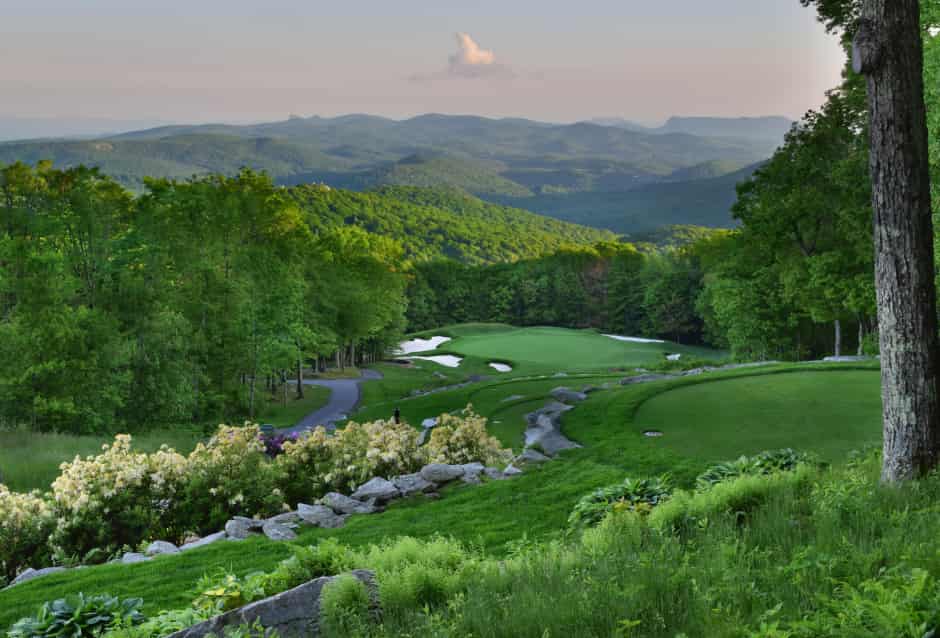 On Thursday, December 10, Linville Ridge’s renowned golf course architect Bobby Weed was featured on the Golf Channel’s Travel Insider with Matt Ginella, co-hosting a Pete Dye-focused episode during the network’s Architecture Week. Weed has been a student, protégé and now colleague of Pete Dye, a legendary designer of over 200 award-winning golf courses.

According to Ginella, the series was done to educate golf fans in architecture’s role in the game. “We want viewers to absorb more of the game than chasing a (score),” he said. “When you say who designed a course… that opens up another set of questions, and answers.”

In 2008, to celebrate the Linville Ridge golf course’s 25th anniversary, Scott Lutgert, owner/developer of Linville Ridge – a development of The Lutgert Companies, commissioned Weed to do a full redesign of the George

Weed, a talented architect in his own right, opened Weed Golf Course Design in

Though working with Dye had perhaps the greatest influence on his career, many players recognize Weed for the courses he produced as chief designer for PGA TOUR Design Services which appear annually on television: TPC at The Canyons in Las Vegas, TPC River Highlands (Greater Hartford Open), TPC at Summerlin (Las Vegas Invitational), and TPC at Tampa Bay (GTE Classic).

Recently, Weed finished what he called “the most comprehensive, sympathetic restoration of an original Pete Dye course without Pete doing all the work himself,” at The Medalist in Hobe Sound, Florida. “I took Pete there, rode him around and got his blessing – which means a lot to me.” The Medalist is home to Tiger Woods, Dustin Johnson, Ricky Fowler and Stacy Lewis, among other industry luminaries.