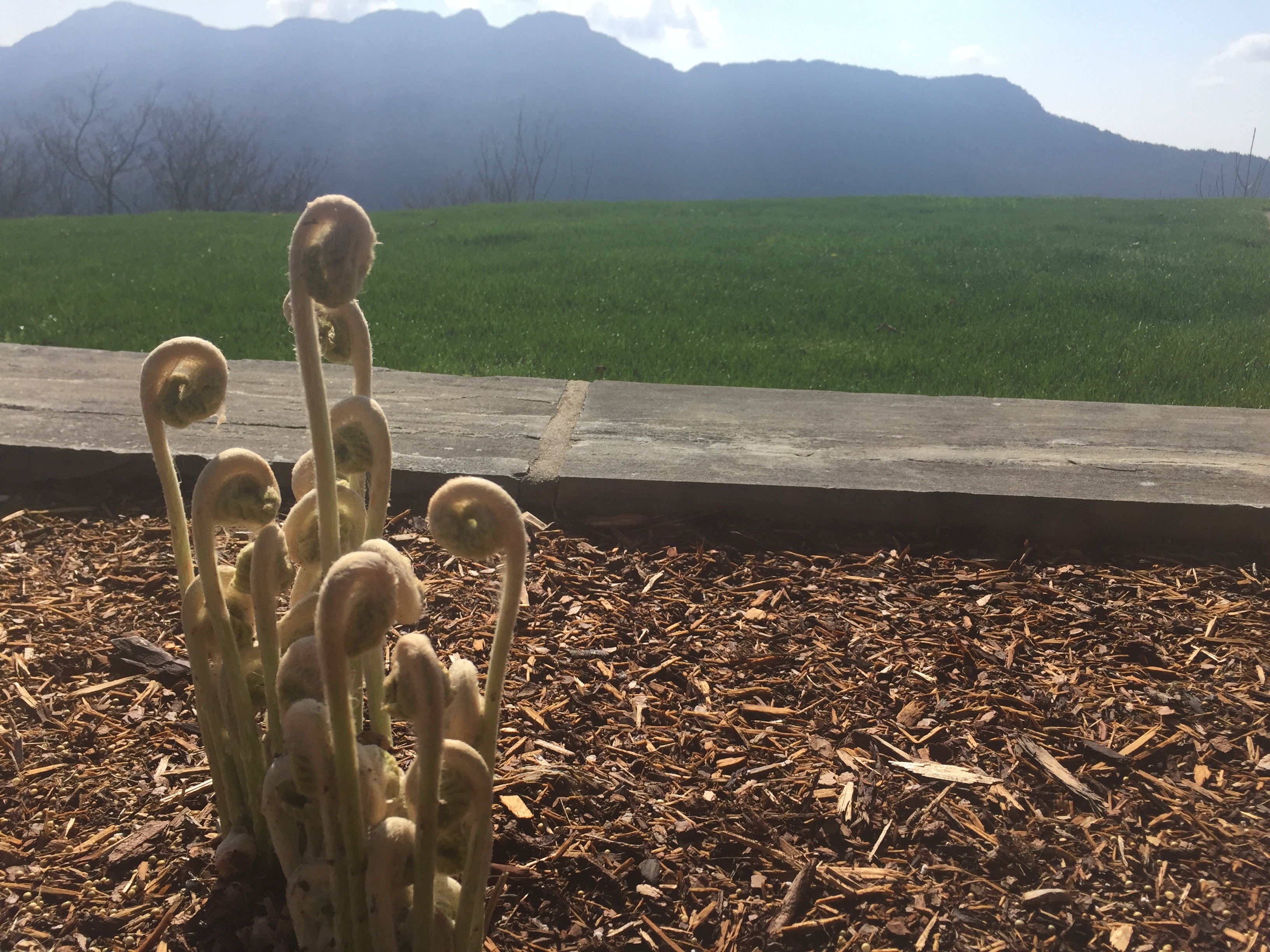 What the heck is a Fiddlehead?

The weather here in the High Country has been less than stellar these past few days but today is different. Today, the sun is shining, the birds are chirping, and flowers are starting to perk up again. Something else special happened today on my walk into work, I noticed a very interesting feature outside of the Ridge House. It was not like anything I had ever seen before so I decided to do some investigating. This plant is a fern at the point in maturity when it contains fiddleheads.

Fiddleheads are “the furled fronds of a young fern” meaning the “fiddlehead” part are the tightly coiled tips of the fern. A fiddlehead fern is not a plant but rather it represents the point of maturity of the plant. The fiddleheads in North America we eat are usually from the ostrich fern.

Yes, you read that right! They are edible* and full of omega-3, iron, and fiber. This part of the plant can be harvested and used for a variety of cuisines. It has been said that they taste like a mix between asparagus and young spinach.

The fiddleheads can only be found in the early spring when the fern is starting to develop but as the fern continues to grow, if not harvested, these fiddleheads will become an Ostrich Fern as shown below.

We have ferns all over Linville Ridge property that are at the Fiddlehead stage in maturity so if you are around early spring be sure to keep your eye out for them.

* Please be aware that though fiddleheads are known to be a tasty delight, some can carry food-borne illnesses if consumed raw and not properly prepared.